Carol Beyanga was recently appointed managing editor at Daily Monitor. As you can imagine, we were all joys over here at Mon pi Mon; she is the first woman to hold this position at Monitor Publications.

Beyanga joins Aggie Konde (NTV Uganda, Managing Director) and Barbara Kaija (New Vision, Editor-in-Chief) in the leadership of major media houses in Uganda. And, having women at the top of organisations has many potential advantages; it means more women for girls to look up to – and jobs for them to aspire to. In the case of the media, it also [hopefully] means more consideration for women’s voices and experiences in our media.

This is at a Feb 2015 launch of Vision’s Best Farmer Competition. Notice the gender of the people at the table.

As it is, the media serves as a function of the already sexist wider world, so much so that even spaces it has set aside to cater to women specifically are sexist. There are also the issues concerned with accessing it: only 24.8% of Ugandan women owned a mobile phone and 24.3% owned electronic equipment in 2009/10. This is in comparison to 75.2% male owners of mobile phones and 75.7% owning electronic equipment. (Source: UNHS 2009/2010) From those statistics it is safe to deduce that men are overwhelmingly the largest consumers of media in Uganda.

Of the 40 TV Stations and 20 newspapers in Uganda, the most influential circulate in Kampala – the political, financial, and professional heartbeat of the country – mainly. NTV Uganda, New Vision and Daily Monitor are perhaps the most popular among those.

With a largely male audience in a sexist world, what does it mean for the three houses to have women at the top?

Obviously, having women at the top of media organisations does not automatically solve all sexism issues. New Vision, where Barbara Kaija is Editor-in-Chief, has a counsellor who once seemed to condone defilement. More recently, the January 24th paper carried an interview with Katongole Omutongole of Urban and Bukedde TVs- both owned by the Vision Group – where he was given a platform to address his arrest for allegedly defiling a 14-year-old. He is their employee, so they probably thought it wise to give him their popular platforms to explain himself. However, why didn’t they interview the 14-year-old accuser? Or inform us if they had sought to, but failed to get consent. 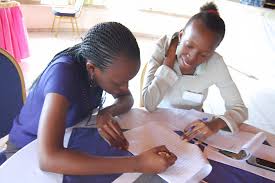 How about the Monitor? I was curious so I did some counting- call it a little unauthorized tally study of the newspaper. The Daily Monitor of 20th March – excluding the magazines, which I did not consider – had 56 stories, 5 comments – or opinions – one of which was in the Sports pages, and 32 pictures. The front page picture was taken by a male photographer, and did not have any women in it. There were over 5 men on the front page, so much that even the advert featured male cartoons.

In total, the paper had 32 by-lines of men and 6 of women (a by-line is the line that gives the name of the writer of a story or article). Five were shared, with only one shared between a man and a woman; the rest were shared between men. Eleven stories were attributed to agencies (e.g. AFP, or Reuters), and two to “Monitor Reporter”. All the commentary was by men, if one excluded the letters. And, only one of the 32 pictures was taken by a woman photographer. Fourteen photographs were attributed to male photographers, six to agencies, while the rest were unattributed.

How does this compare to two years ago? On 10 May, 2013, The Daily Monitor Editorial was about maternal mortality. Again, excluding the magazines, I counted off 61 stories, 3 comments and 12 photographs. The cover story had a shared by-line: a woman and a man. The front-page picture was by a male photographer and, again, did not include any women. The front page had three other bylines, only one of which was a woman’s. In total, men had 43 by-lines and women 17. Three were shared and five were attributed to agencies. Eight photographs were taken by males and only two by women. There were five stories about women in that day’s paper, and all of them were written by men. That is not necessarily a bad thing, but it excludes very important perspectives.

Of course, these might be completely isolated cases, of bad days. A more complete study and analysis of the newspaper over longer periods of time would be required in order to determine whether our major media houses are sexist. So, while we celebrate the rise of Carol Beyanga to the top of Daily Monitor’s editorial chain, we are also cognizant of the fact that having women in charge does not automatically deal with the sexism in the media.

No pressure, Mrs. Beyanga but we shall be watching the Monitor pages. And yes, we shall continue to celebrate.

2 thoughts on “Three media houses have female leaders: shall we celebrate?”