Chris Blattman is an Assistant Professor of Political Science and International Public Affairs at Columbia University. His research focuses on the intersection of poverty, violence, and inequality. Blattman’s work has been published in the Quarterly Journal of Economics, American Political Science Review, Journal of Development Economics, and elsewhere. In addition, he maintains an active Internet presence.

Together with Eric Green, Julian Jamison, and Jeanie Annan, Blattman recently conducted a program in northern Uganda called Women’s Income Generating Support (WINGS). The program targeted the 15 most vulnerable and impoverished women in 120 villages. Each participant received four days of business skills training, an individual grant of approximately 150 dollars, and regular follow-up from community workers. His study’s results suggest that ownership doubled, work hours increased by two-thirds, and income went up by 98 percent among participants in the program.

Blattman recently stopped by Georgetown University’s Gui²de seminar series to present the results of his upcoming paper about the study. He kindly agreed to speak to GPPR’s Executive Interview Editor, Cristina Lopez G., about WINGS, how its findings might defy conventional wisdom about empowerment, and whether Snapchat will be the next big thing for releasing research findings.

GPPR: WINGS was very successful in improving these impoverished women’s economic conditions in Uganda. How applicable is it in other places such as Sudan, or the Central African Republic in a couple years—where the intersection of internal conflict, displacement, and poverty has affected so many?

Chris Blattman: What we found has a lot in common with other countries with certain conditions: places where people have basic abilities and markets kind of work, where you can start a business and nobody will rob you, where roads aren’t so non-existent…but people are below their potential because they are young and they can’t borrow to start their businesses and fulfill their potential. So, the way they grow is by earning a little bit and saving a little bit. They save it by investing and growing their business, so they grow slowly. Maybe by the time they are forty they start to reach their potential. Of course, if they’re slowly getting more experience and getting better skills all the time, they are further below their potential because potentials are a moving target. So anywhere people are below their potential, injecting these scarce resources, such as capital, has a high return. It is not the only thing they need, but it’s something that is easy to provide, especially with technology. These conditions are accentuated after war because the capital has been destroyed. I think it is going to be true in places with similar conditions. We had a similar project that was across all of northeastern Uganda, including places that were affected by the war, and the returns were almost equally high.

GPPR: Something striking from this experiment is that women’s earnings increased 98 percent while men’s increased by only 75 percent. This is really interesting from a gender perspective. What does the difference between genders tell us?

CB: Men are starting from a higher point, so the actual amount women are earning in absolute terms isn’t actually that much greater. We think there are diminishing returns to capital. If men are starting with more capital and get an injection, they are still below their potential, but not so far below. So men gain, but not as much as someone who is further below their potential, like these women. In Uganda, women have more debt than men and fewer opportunities to borrow in general—they just start from a lower place, on average.

GPPR: Conventional knowledge, fueled by literature (academic and non-academic) has linked women’s incomes to empowerment. If we go as far back as Virginia Woolf, in her essay “A room of one’s own,” she connects economic independence to empowerment. For the beneficiaries of this program, there was little-to-no change in empowerment, despite many being in abusive relationships. Could you theorize why this “impact paradox” is present? Is it love? 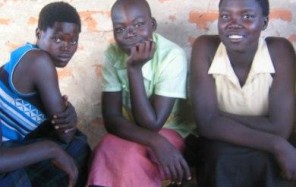 CB: Women in Uganda have a lot more freedom and autonomy to begin with, compared to women in a lot of other poor countries, so it is not an unusual result. There are a lot of women in the Parliament; it is not unusual to see the leader of a village being a woman. It is not common—I don’t know if it is less than 10 percent—but the fact that a woman can be the leader or a justice is a significant difference when compared with other places. In that case, just like there are diminishing returns to capital for the men because they started out from a higher point, it might be that women are already starting with sufficient autonomy and even doubling their income won’t change matters. It could also just be that these social norms around women are so entrenched. There could be an income-empowerment relationship, but it might take a generation of women being in business before income creates a really perceptible change. But the idea that we are going to achieve the Millennium Development Goals and get women empowered in ten years by reducing their poverty, might not be within reach.

GPPR: You were hopeful that this project would shed some light on the impact of collective action on the betterment of communities and group formations. Now that the results are in hand, showing little impact at the community level, is there anything that you learned? Was there an element present in Sanyal’s findings in Bangladesh that was missing in Uganda?

CB: Sanyal’s study—and her claim that providing women with both money and help to form groups would lead women to take collective action in the community—was one of the inspirations for WINGS. The difference is that we were able to test with and without money and with and without groups. Sanyal was only able to look at women already in groups and with the money. We were trying to get the counterfactual to put this theory to the test in a different context where, again, women were starting with more autonomy. Sanyal’s study was a brilliant, but it is also not clear that she could really make that comparison even qualitatively. What we did see [in the updated results of his study] is that people are farming more, together. So, there is a form of collective action. They are doing some collective economic activities, saving together. They are not coming to the rescue of women in domestic violence; that might have happened once or twice, and qualitatively that’s very powerful, but it is not happening in large scale or on average.

GPPR: Your blog is fascinating. You are also very active on Twitter. What would you say this new era of technology has brought to development economics and academia?

CB: I think research papers are finding a much wider audience. Let’s say you like to follow stories on women’s empowerment or international development, previously you would’ve had to wait for The Economist to cover an article, or you would’ve had to go out and search for it yourself. Before, journalists had to intermediate between researchers and the public. What’s happened now is that some academics are essentially acting as curators. That is basically what blogging and Twitter is: curating. I tell stories that I think are interesting. I relate things that stimulate me, and if you like the same things that I do, then you can see the stories I find interesting. Some of that is research. This era is bringing stuff to the public that otherwise would have been harder for people to find. It is like someone who curates for a museum: there is so much art out there, just jumbled, which makes it harder for the public to appreciate. But someone arranges things in a way that is legible and that is useful. What worries me about Twitter—to which I was slightly late to—is that people now follow a lot of blogs through Twitter, and I would have lost a lot of followers had I not joined. It made me realize that at some point of the technological revolution I’ll be too late to join a new platform and will lose some of the audience. Someone told me “Oh I’ve seen this on Vine,” and I had never heard of Vine. I’m already missing things, I don’t know what Snapchat is, but I do know that I refuse to take pictures of my food at the restaurant.

This post was originally published by The Georgetown Public Policy Review. It is republished here with permission.

One thought on “Income generation for women in post-war Uganda: An interview with Chris Blattman”